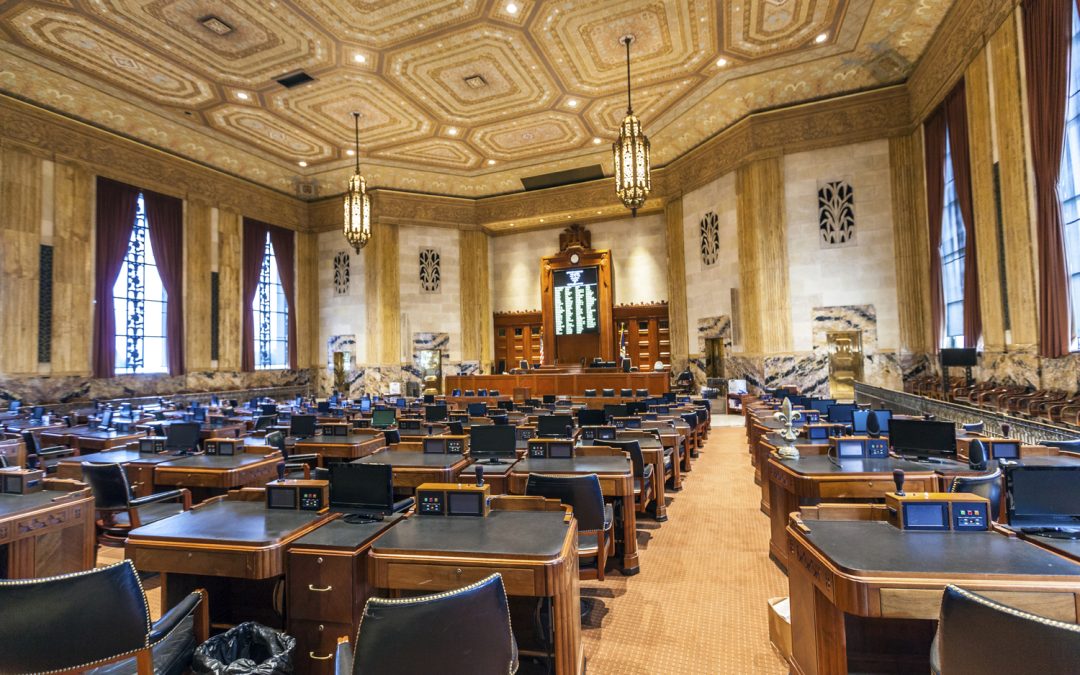 The pandemic, natural disasters, and economic uncertainty have made the last few years challenging for Ascension residents and our business community. However, the 2022 legislative year presents a unique opportunity to turn things around and advance Ascension Parish. In pursuit of our mission to support our membership, the Ascension Chamber will be actively engaged in the legislative proceedings at the state capitol in Baton Rouge, providing our members updates and analysis on government affairs issues that will impact Ascension.

As always, the heart of the debate begins with the budget. Louisiana’s Legislature opened its 2022 regular session Monday with an unfamiliar dilemma: how to best spend billions of dollars in federal pandemic aid and hundreds of millions more from better-than-expected state tax collections. Unfortunately, Louisiana has a history of squandering its money or making poor decisions when unexpected dollars arrive.

Governor Edwards has proposed a $38.6 billion state operating budget for the 2022-23 fiscal year, offering suggestions for spending $2.9 billion in short-term surplus dollars and about 1 billion dollars in recurring new revenues that can be added to the operational budget. The governor’s executive budget focuses increased spending on transportation and infrastructure, teacher pay, early childhood education, and paying down some of the state’s federal debt from hurricanes and COVID.

Gov. Edwards recommends spending more than $1 billion on road and bridge projects, $500 million for a new Mississippi River bridge in Baton Rouge, $100 million to replace the Interstate 10 bridge in Lake Charles, and $100 million for work on Interstate 49 South. The governor wants to spend another $559 million in federal coronavirus assistance into a program to improve Louisiana’s water and sewer infrastructure.

For K-12 public schools, Edwards proposes spending $148 million on $1,500 salary hikes for teachers and a $750 pay bump for support staff such as cafeteria workers and teacher aides. The governor has also suggested $43 million in new funding paid to early learning program providers and another $50 million in leftover cash to local school districts for early childhood education programs.

Under the Louisiana Constitution, $70 million of last year’s surplus must pay down retirement debt, and $175 million must flow into the Budget Stabilization Fund, known as the “rainy day” fund. Governor Edwards wants to use $550 million in federal COVID-19 aid to replenish Louisiana’s unemployment trust fund, which was drained during the pandemic to pay jobless benefits. The governor also recommends using $450 million in available money to pay off a long list of debts owed to the Federal Emergency Management Agency for Louisiana’s share of recovery costs related to hurricanes, storms, and flooding.

Of course, the Legislature will have its own ideas on where a lot of these funds should be targeted and that will be part of the debate. Even before Gov. John Bel Edwards vetoed the recently-passed Congressional redistricting map (more on that later); the session was already shaping up for a hotly contested budget battle between the Democratic governor and the Republican-held Legislature. The tensions between Republicans and Democrats that arose during the redistricting session are likely to spill into the regular session with its much longer calendar and agenda of politically-charged bills.

Be sure to check back here soon for the legislative perspective on the brewing budget battle.